The Center of the Nation Concert Association is excited to bring accordionist Alex Meixner and guitarist Jimmy Meyer to Belle Fourche to top off another great musical season!  It's set for 7:00 p.m., Tuesday, April 26th at the Belle Fourche Area Community Center auditorium. 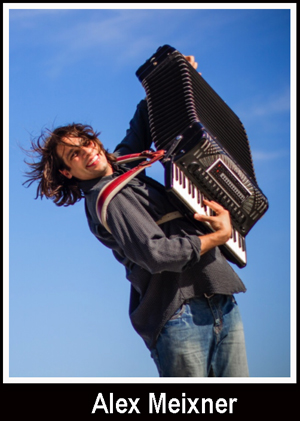 Equally at home playing traditional Oktoberfest or amped-up Rocktoberfest, their high energy performing incorporates the ability to meld traditional polka music into swinging jazz, gypsy world-beat, or smoking blues – and  they do it with ease!

Alex Meixner is a Grammy nominated, nationally acclaimed musician, performer, band leader, educator, and a leading advocate of polka music.  He has appeared on the Tonight Show, in the infamous Hormel Pepperoni ad, and he also recorded with comedy phenomenon Jack Black for the major motion picture “The Polka King”. He's been busy revitalizing interest in polka music from coast to coast, renewing cultural interest, and growing mainstream acceptance.  Meixner's goal is to provide a much-needed positive experience that pulls communities together to celebrate history, culture, and genuinely good times.

The evening’s program will include lively versions of popular music and classics including Czardas, Singin’ in the Rain, Hello Dolly, Minnie the Moocher,  Birth of the Blues, El Combranchero, In Den Bergin Polka, and Hoedown/Orange Blossom Special.

Alex really knows how to make his instrument sing and dance with joy – and enthusiasm!  He brings his audience along on a musical journey through a variety of music that's sure to put a smile on your face – and a song in your heart!

Please remember to extend thanks to the sponsors of our shows.  This performance is presented with the great support of CBH/Co-op and Anonymous!  Stop in and say "Thanks!" (and give a smile to your neighbor – they could be our anonymous donor!)

Spring has sprung – and magic is in the air with Jared Sherlock!

The name Sherlock is synonymous with mystery. And magician Jared Sherlock brings that mystery to the Belle Fourche Area Community Center at 7:00 p.m. on Monday, March 28th.  Here's a video that'll give you a sneak preview!
Sherlock is an award-winning entertainer and an illusionist as well as a magician.   He’ll baffle you with his sleights of hand,  terrific feats of legerdemain, delightful juggling, and wrap it up with a healthy dose of good clean comedy.   Too, you might even find yourself up on stage to “assist” in one of his tricks!
Jared’s modern magic and family-friendly comedy is sought after for corporate events, theaters, colleges, and fairs nationwide. Along with two assistants, Jared will perform several magic tricks as well as large scale illusions. He entertains with funny and interactive elements that audiences love. Don’t miss your opportunity to see Jared Sherlock on Monday, March 28th at 7:00 p.m.
And be sure to take time to thank Jackson Dental, First Interstate Bank and Barker Law Firm LLC for sponsoring this great show that all ages will truly enjoy!

David Shannon is known as Ireland’s Greatest Showman, and his velvety vocals will amaze you with songs you'll recognize from artists like Elton John, Billy Joel, Dean Martin, Michael Buble, Frankie Valli, and many others. The Center of the Nation Concert Association is delighted to feature Shannon – along with a fine pianist and guitarist – performing great songs from top shows like The Phantom of the Opera, Les Miserables, and more. Plan to join us for an evening of top flight entertainment beginning at 7:00 p.m., Friday, March 4th at Belle Fourche Area Community Center Theatre!
One of West End’s finest, David Shannon grew up in Ireland and has been singing professionally for more than 25 years. He has played some of Broadway’s most famous roles, including The Phantom in Phantom of the Opera, Judas in Jesus Christ Superstar, Jean Valjean in Les Miserables, and most recently as Kevin T in the original London company of Come From Away. 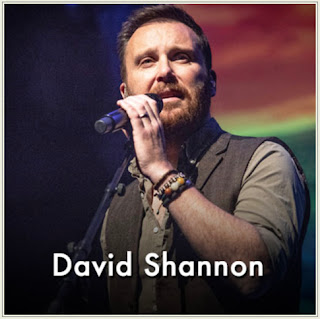 Shannon's musical ability is recognized world wide, but he's also a top flight actor and was recently nominated for Best Actor at the Olivier’s – the British version of the Tony Award – for Andrew Lloyd Webber’s The Beautiful Game. David also enjoys a busy schedule performing with orchestras all around the world.
Renowned for his engaging style and charming personality, you'll get to witness Shannon's talents up close and in-person during his performance in our Belle Fourche Area Community Center Theatre.
With St. Patrick's Day coming up in mid-March, enjoying this March 4th performance of the multi-talented Irishman David Shannon is a great way to "celebrate your Irish." And don't forget to thank our Co-Sponsors: American Colloid, AmericInn of Belle Fourche, and the Black Hills Pioneer!
This performance by David Shannon begins at 7:00 o'clock, Friday evening, March 4th. Enjoy the show!

Click on the videos below to get a glimpse of our future performers!

The links below represent but a few of our many outstanding performers in recent years!

The Limeliters performed on OCTOBER 2, 2014